After its tour in several provincial cities and in Lisbon, the OCEAN exhibition will be at the Paris Boat Show from December 3rd to 10th 2022 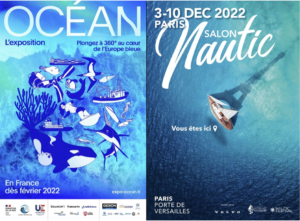