After an inauguration in La Rochelle, where it welcomed more than 10,000 visitors, and a stop to Toulouse and Dunkirk, Expo Ocean is moving to Lisbon from 25 June to 10 July, where the UN Conference on the Oceans is being held. 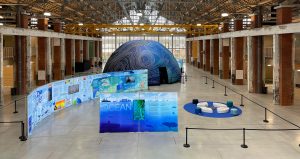