The 32nd Olympic Games in Tokyo are an opportunity for GEDEON Programmes to create a special immersive show about Japan at La Villette, opening soon.

GEDEON Programmes has already produced a number of documentaries on Japan, including the Japan from Above series with Japanese broadcaster NHK.

This 40-minute immersive show will add a magical dimension to GEDEON Programmes images, combining aerial shots of the country’s natural areas and ground shots of its people and its craftsmen and women: giant projections of snow on the island of Hokkaido, the turquoise waters of Okinawa, the heart of the Mount Unzen volcano, the mountains in Iwate Prefecture, cherry blossom, rice, tea and wasabi fields…We come back down to earth to see how people live and work: a swordsmith, a geisha presiding over a tea ceremony, a young karateka…

The audience will take part in an immersive cultural experience in what its creator, Athem, has called a “jam capsule”, a giant device equipped with 4K video projection and an advanced spatial sound system. In this way, each visitor can “plunge” into the images projected on the 2500 m2 of walls and floor: a gigantic spectacle and sensory immersion. The audience experience will also have a human dimension, with the chance to watch Japanese people sharing their remarkable adventures on film.

Depending on where visitors stand at the exhibition, they will see and hear different things, becoming creators of their own sensations.

From the series Japan from Above, directed by Xavier Lefebvre 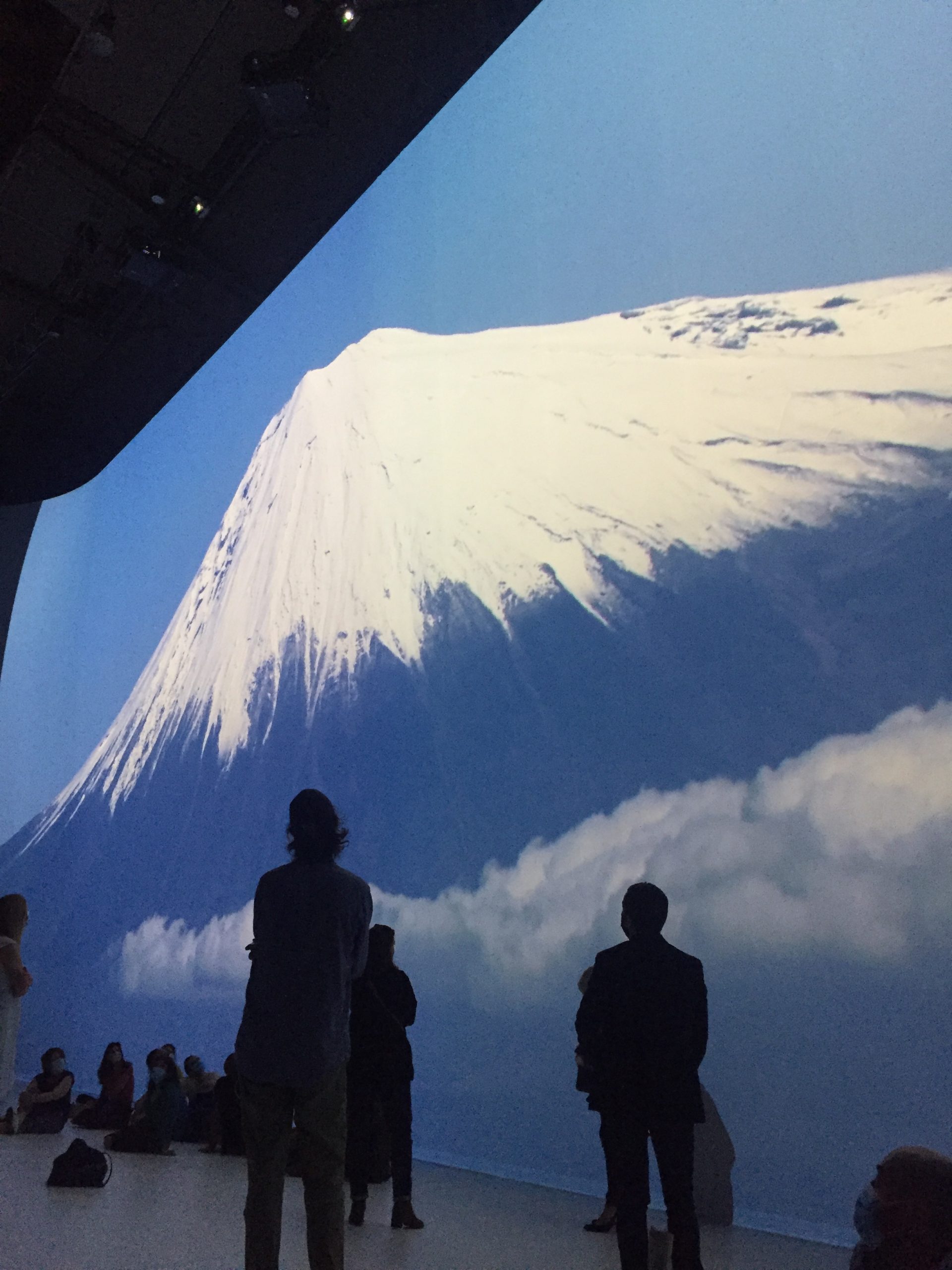 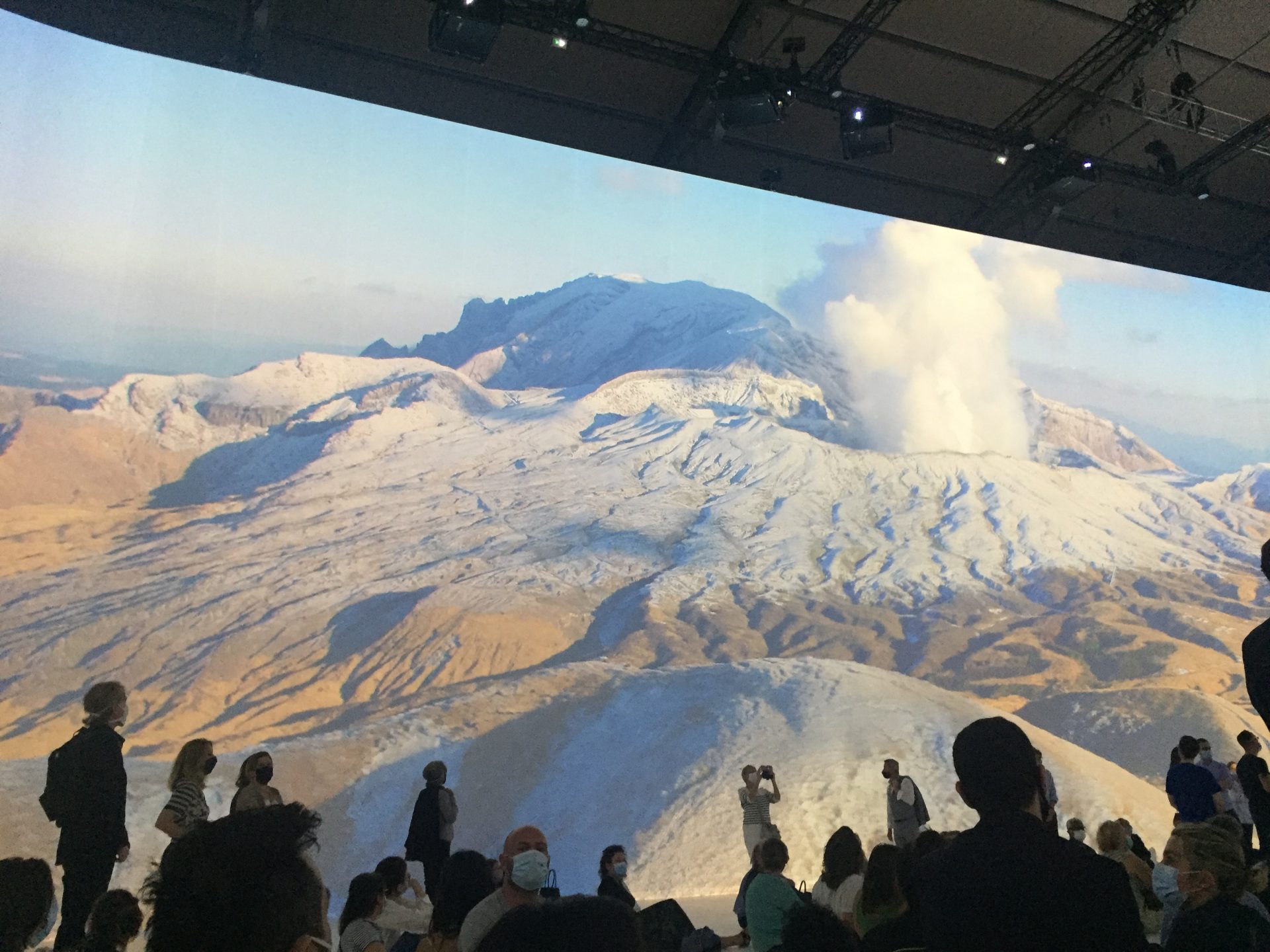 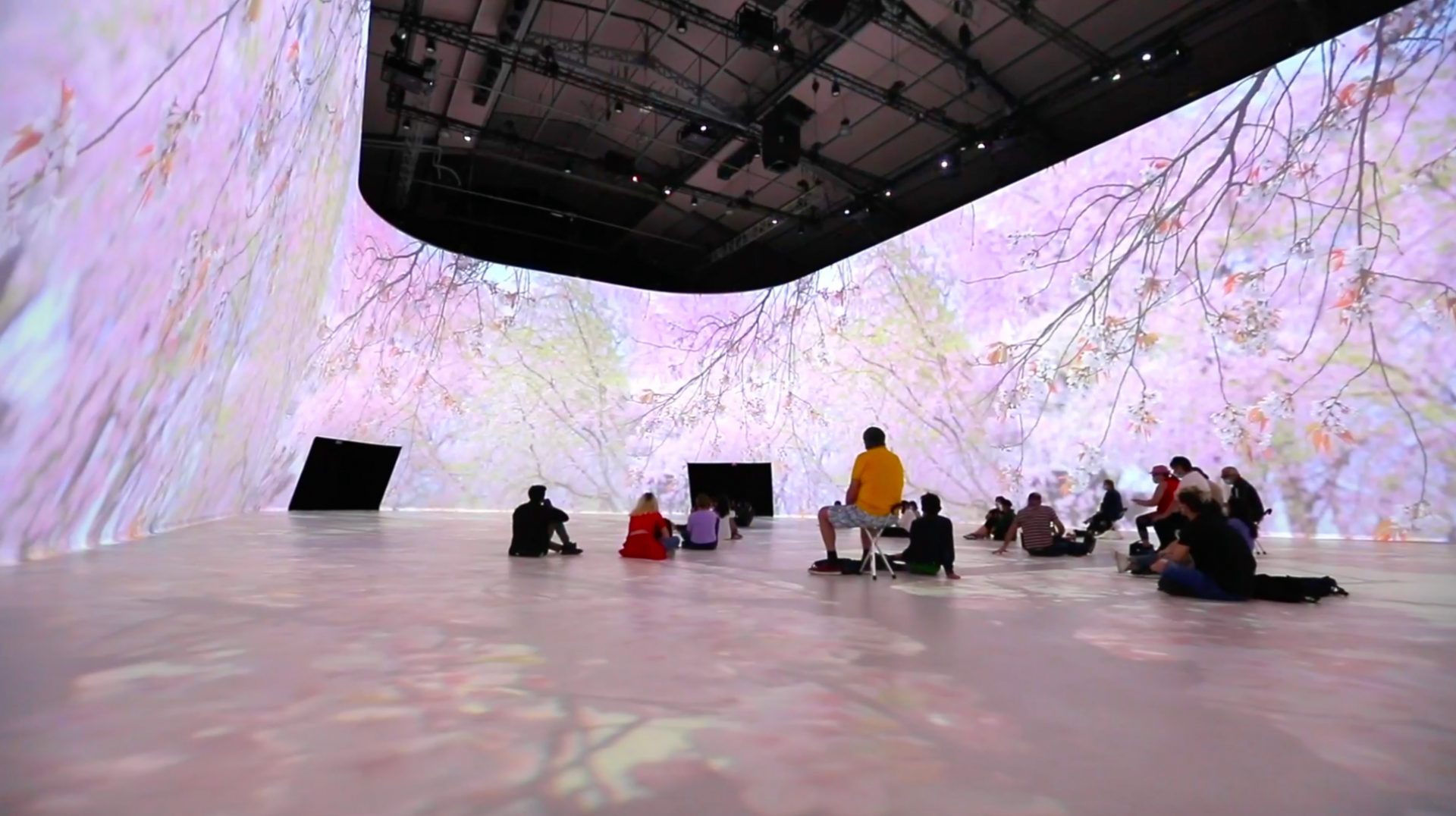 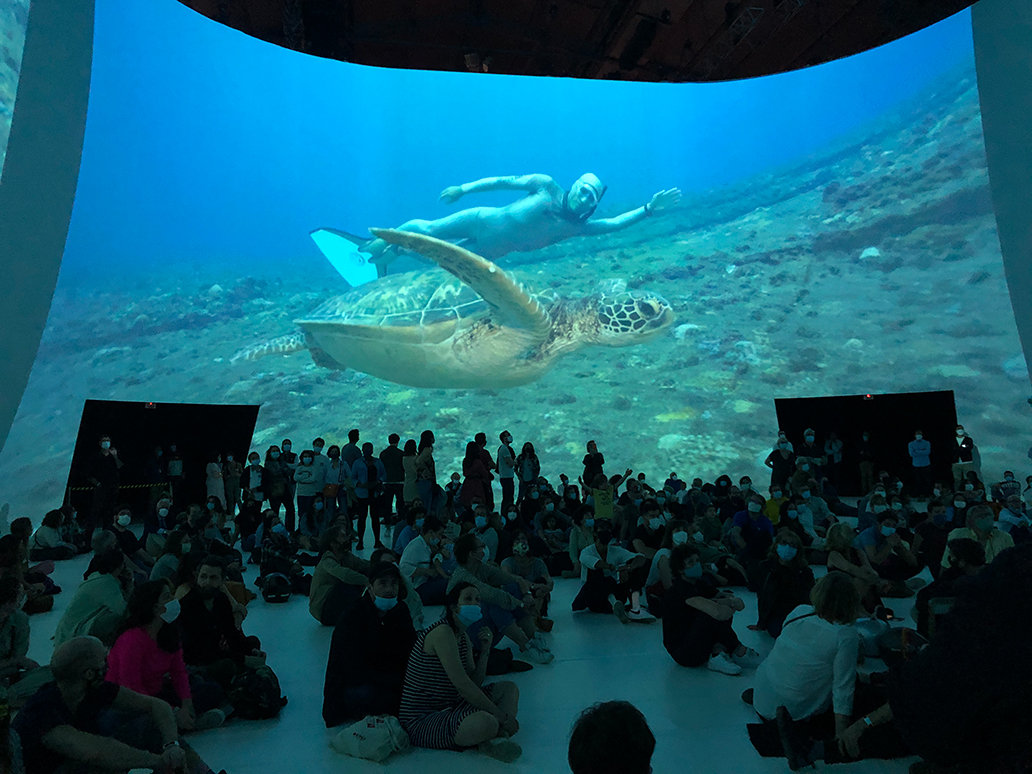